What is: ESPLERP v Gascon?

What is: ESPLERP v Gascon?

Currently involved in a precedent legal case, inspired by COYOTE v Roberts (1976), and more recently Lawrence v Texas (2003), the ESPLER Project challenge has named California Attorney General  Kamala Harris, and 4 Bay Area District Attorneys as defendants for enforcing an unconstitutional statute known as California Penal Code 647(b).  The case is now known as ESPLERP v Gascon is named after the current San Francisco District Attorney George Gascon.  The historic lawsuit contends that California’s 1961 anti-prostitution laws violates the U. S. Constitution to freedom of expression,  to associate,  to right livelihood and access to substantive due process.  By asking the federal court to injunct this bad law, ESPLERP envisions a safer, saner independent sex industry in the form of decriminalization (DECRIM). The challenge is asking the federal courts for declaratory relief from being persecuted as a sex worker or as a client of a sex worker.  It is about liberty: the right for sex workers to earn a living, and to access equal protection under the law.

Historic Lawsuit in the News An unusual lawsuit has been filed against the state of California. It’s being brought by three prostitutes and a client who say their First Amendment rights are violated by laws banning what they do.  The lawsuit has been filed in U.S. District Court in San Francisco. It names California Attorney General Kamala Harris and four bay area district attorneys.  “I’ve been working as a prostitute for 20 plus years,” Maxine Doogan said.  Doogan is the force behind what she calls “prostitute nation” and the three colleagues and a client who have filed a lawsuit, arguing California’s anti-prostitution law is unconstitutional.  “Were adults and we can make decisions about our sexuality. We think it’s protected under the first amendment the right to free speech, right to sexual privacy,” Doogan said. But what about sex workers who are not consenting. San Francisco is a hub for human trafficking. San Francisco District Attorney George Gascon is one of four Bay Area district attorney’s named in the lawsuit. “There are people victimized on a daily basis, under duress, beaten. Having said that I don’t negate the fact there may be some consenting workers and if there are, how do we differentiate one from the other,” San Francisco District Attorney George Gascon said.

Cited on KABC Los Angeles The Drive June 24, 2015,  Gascon references abolishing human trafficking as the core problem related to prostitution: “There are people victimized on a daily basis, under duress, beaten,” Gascon told the local ABC affiliate, referring to sex-trafficking victims. “Having said that, I don’t negate the fact there may be some consenting workers, and, if there are, how do we differentiate one from the other?”

So – on the note of how to differentiate consensual adult sex work from forced or coerced sex trafficking – Union Lip Service (ULS) gave a shout out to sex worker, advocate, activist  Bella Robinson,  COYOTE RI (http://coyoteri.org/wp/)  founder, and ESPLERP (http://esplerp.org/) board member. Let’s listen to a recent Coalition Radio RI radio show with Bella and Maxine, and then chat with Bella!

Listen to Bell Robinson and Maxine Doogan on Coalition Radio

ULS: Hi Bella! Thanks for taking a moment out of your day to chat with us here at Union Lip Service. You are on the ESPERP board in support the legal challenge happening in California. Really exciting. Can you share with us  a little about your views on the  challenge?  Why you support it?

BELLA: I support the case because I understand that the decriminalization of prostitution has been documented to have reduced violence against sex workers and it also reduces sex trafficking.  The effects of decriminalization in both Rhode Island and in New Zealand resulted in both forcible rape offenses and gonorrhea incidence to decline for the overall population.  I support the case because I believe Sex Workers deserve “equal protection under the law”.

ULS: George Gascon – San Francisco District Attorney –  is one of the defendants mentioned in the case. What are your thoughts on the point he makes as far as the challenges with defining differences between sex work and sex trafficking: Is it possible to set a criteria to determine what is consensual adult sex work, and what is sex trafficking?

BELLA: I think common sense tells us that it is easy to exploit and abuse a population of people who can’t report violence to the police because they have been criminalized.  Both sex workers and clients could help monitor the industry to report any minors that they come across.  Sex workers and clients sometimes find themselves as the first responder, when another sex worker is trying to flee from an abusive domestic violence situation.

ULS: Fundraising is always a challenge, though I understand raising money for the litigation has been even more complicated than usual due to fear of having donor’s names made public, and also because of bias against sex workers on the behalf of online crowdsourcing sites. Do you have any thoughts on this?

BELLA:  ESPLER understands that this is a valid concern so we set up our 501 c 3 so people can donate and remain anonymously and they can still get their tax deduction. We have also had to deal with challenges like when “Go Fund Me” shut down our fundraising.   Sex Workers are tired of being discriminated against. We refuse to be treated as 2st class citizens.

ULS: If  those of us concerned about sexual freedom and constitutional privileges,   who want to get involved,  how do we do that?

BELLA:  Please send us an email to inquire about volunteer opportunities [email protected]

ULS: And to better understand the litigation, or to donate?

Or to mail donations:

ULS: Besides ESPLERP v Gascon, what inspires you to be an active board member?

BELLA: I joined ESPLERP because they were the only organization in the US that understood that they only way US Sex Workers would get access to “equal protection under the law” would b by filing litigation.   ESPLERP also provided me with opportunities to attend labor training and many tools which helped me to become a more effective activist.

ULS: For 2016 what are your top three organizational goals?

BELLA: I will finish surveying RI Sex Workers and draft policy recommendations.  I will be presenting those findings at the Desiree Alliance Conference in July 2016.  I will be attending more labor training over the summer of 2016.  I will continue presenting at New England Universities.  I am taking trainings to become a volunteer at a local DV shelter and I continue to forge relationships in my community.  I will continue to organize local events such as “International Day To End Violence Against Sex Workers”.

ULS: Fabulous focus, Bella. Anything you would like to add?

BELLA: I want to express how important it is to collaborate and work with other Sex Worker Rights organizations.  I have come to value those relationships.

ULS: We value you, Bella. Union Lip Service (ULS)  absolutely does appreciate your time and attention. We know you are a busy lady! Looking forward to seeing you at UALE 41 Summer School for Union Women at Rutger’s University in July. 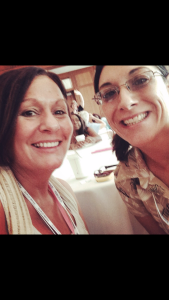 GET YOUR UNION TRAINING HERE 2016