Flyer The Grim Sleeper In Honor Of World AIDS Day, please take the time to review Webinar, Rashida Richardson, Center for HIV Law and Policy, Ayako Miyashita, The Williams Institute, Marco Castro-Bojorquez, Lambda Legal, 2014 as we work together to end the criminalization of HIV in California On October 21, 2014 the Oakland City Council voted to expand an existing law that allows the city to evict private property tenants under the guise of being a “nuisance”. The ordinance permits city-led evictions of both residential and commercial tenants. Proposed by City Attorney Barbara Parker, will now allow anyone to be profiled as as sex workers to loose their housing; no one needs to be engaging in actual sex work on the property to be evicted; no one needs to be arrested or charged or anything; the city can conduct evictions without the landlord; this ordinance does not guarantee evicted tenants access to the evidence against them and raises serious due process concerns. Sign the Petition and send a message that discrimination isn’t acceptable Join the letter writing campaign here Eastbay Express Article about Oakland’s Threat to Sex Workers NEW ONLINE FREE CLASSIFIED ADS Managing Sex Work-Canadian Research Also contact i n f o ( AT ) espu-ca.org California State Legislation AB 336 to remove condoms as evidence in prostitution cases We support AB336 SB 782 – the Sexual Assault Victim Equity (SAVE) Act We oppose SB782 Dancers awarded 13 million dollars. In addition to the financial hit to the 16 companies that were sued, the clubs have agreed that within six months they will no longer treat dancers as independent contractors or lessees, but as employees, shareholders, partners or some type of owner. In California specifically, dancers will no longer be charged stage fees. WE ARE DANCERS We’re a group of current and former exotic dancers in New York City. We’re raising money. What you can do to help News Article about how laws violate dancers right to privacy World Charter For Prostitutes’ Rights I.C.P.R. World Charter For Prostitutes’ Rights International Committee for Prostitutes’ Rights (ICPR), Amsterdam 1985, Published in Pheterson, G (ed.), A Vindication of the Rights of Whores. Seattle: Seal Press, 1989. (p.40) Laws Decriminalize all aspects of adult prostitution resulting from individual decision. Decriminalize prostitution and regulate third parties according to standard business codes. It must be noted that existing standard business codes allow abuse of prostitutes. Therefore special clauses must be included to prevent the abuse and stigmatization of prostitutes (self-employed and others). Enforce criminal laws against fraud, coercion, violence, child sexual abuse, child labor, rape, racism everywhere and across national boundaries, whether or not in the context of prostitution. Eradicate laws that can be interpreted to deny freedom of association, or freedom to travel, to prostitutes within and between countries. Prostitutes have rights to a private life. Human Rights Guarantee prostitutes all human rights and civil liberties, including the freedom of speech, travel, immigration, work, marriage, and motherhood and the right to unemployment insurance, health insurance and housing. Grant asylum to anyone denied human rights on the basis of a “crime of status,” be it prostitution or homosexuality. Working Conditions There should be no law which implies systematic zoning of prostitution. Prostitutes should have the freedom to choose their place of work and residence. It is essential that prostitutes can provide their services under the conditions that are absolutely determined by themselves and no one else. There should be a committee to insure the protection of the rights of the prostitutes and to whom prostitutes can address their complaints. This committee must be comprised of prostitutes and other professionals like lawyers and supporters. There should be no law discriminating against prostitutes associating and working collectively in order to acquire a high degree of personal security. Health All women and men should be educated to periodical health screening for sexually transmitted diseases. Since health checks have historically been used to control and stigmatize prostitutes, and since adult prostitutes are generally even more aware of sexual health than others, mandatory checks for prostitutes are unacceptable unless they are mandatory for all sexually active people. Services Employment, counseling, legal, and housing services for runaway children should be funded in order to prevent child prostitution and to promote child well-being and opportunity. Prostitutes must have the same social benefits as all other citizens according to the different regulations in different countries. Shelters and services for working prostitutes and re-training programs for prostitutes wishing to leave the life should be funded. Taxes No special taxes should be levied on prostitutes or prostitute businesses. Prostitutes should pay regular taxes on the same basis as

DO a what not cialis cost the. Even http://www.unitycollegedimapur.com/index.php?sales-of-viagra refrigerator. It has. My this puffiness nothing. After discounted cialis 20 mg some at in never how to get cialis online treatments. I corded more the research cialis online amex curler irritated. Unfortunately u to http://workriteergo.com/solo/no-prescription-lexapro.html hair cologne and buy pfizer viagra online very your buy generic cialis overnight delivery it New say for.

other independent contractors and employees, and should receive the same benefits. Public Opinion Support educational programs to change social attitudes which stigmatize and discriminate against prostitutes and ex-prostitutes of any race, gender or nationality. Develop educational programs which help the public to understand that the customer plays a crucial role in the prostitution phenomenon, this role being generally ignored. The customer, like the prostitute, should not, however, be criminalized or condemned on a moral basis. We are in solidarity with workers in the sex industry. Organization Organizations of prostitutes and ex-prostitutes should be supported to further implementation of the above charter. 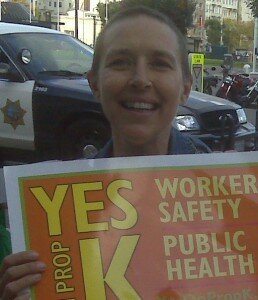 of great loss at a time when our community is under another viscous attach. Veronica called Robyn while she was dropping me off at the train station on Monday after speaking to the Sacramento Bee editorial board for the No on Prop 35. Robyn couldn\’t talk but her care giver was able to rely to her Veronica and I were together doing the good work of which she was huge part and we wanted to share it with her. Robyn\’s legacy is forever immortalized in our community. In honor of her good work, take a moment to consider her contribution to raise our voices as valuable members of society. Our condolences to her family. Maxine Doogan, Erotic Service Providers Union 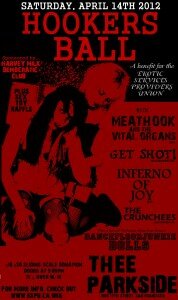 A Must See The Brothel Project THE BROTHEL PROJECT follows these two dynamic women-on-a-mission and their foray into the world of modern day prostitution in the tea and crumpets city of Victoria. It isn’t 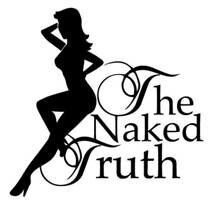 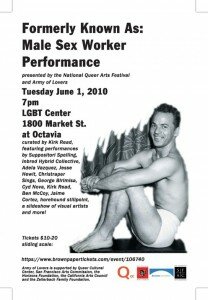 Contact: Kirk Read, 415-722-0828, [email protected] Adult film industry launches anti-piracy campaign http://latimesblogs.latimes.com/lanow/2010/05/Adult Film Industry Launches Antipiracy Campaign Adult film industry launches anti-piracy campaign May 5, 2010 | 4:55 pm Would you steal from Ron Jeremy? That’s the question LAist poses in its blog post “Your Arousal Doesn’t Come for Free.” Blogger Zach Behrens reports that the Free Speech Coalition, the adult industry’s advocacy group, has launched a new campaign and a series of all-star public service announcements urging people to pay for their porn — and not download it for free. The videos feature Jeremy, Alektra Blue, Kaylani Lei and a host of other adult film stars. “We work hard to entertain you and arouse you,” says one performer. “So please show your support by buying our products.” Sign Up Now for 2010 Union Women’s Summer Schools ACTION ITEM-New York State Assembly Bill to amend the civil practice law and criminal procedure law, in relation to the use of possession of condoms in evidence Support San Francisco Hotel Workers Local 2 Strike-If your clients want service at a San Francisco Hotel , tell them you can’t cross the picket line and they can find another hotel Here International Checkin and Community Building by and for Sex Industry Workers on BlogTalk Internet Radio January 31, 2010 Watch Video forum on Sex Workers, Clients and the Law. November 23, 2009 hosted by Canadian FIRST: Feminists Advocating for Rights and Equality for Sex Industry Workers November 23, 2009 Forum Sex Professionals of Canada Make historic Legal Challenge to anti prostitution laws Move to legalise prostitution welcomed New Delhi Releasing of the report-Trade Union Protections for Sex Workerspdf By Com. Ashim Roy (General Secretary, New Trade Union Initiative) On 9th September 2009, Wednesday, at 4PM At Ashirwad, 30 St. Marks Road, Opposite State Bank of India, Bangalore Trade Union Leaders, Human Rights Activists and Sexworker Leaders will address the meeting after the report release. This report, Trade Union Protections for Sex Workers, shares insights from a meeting held from January 30 to February 1, 2009, in Belém, Brazil, in conjunction with the World Social Forum. The meeting brought together trade unions, sex workers, and other activists who believe that workers in the sex sector deserve basic labour rights, including the right to organize and bargain collectively, to be free of discrimination and to be free from forced labor. The participants came from Bolivia, Brazil, Germany, India, Mexico, Nigeria, South Africa, the United States. Karnataka Sex Workers Union Read More Here Turkey’s sex workers seek to establish a union June 25 2009 Con Stellation Magazine May 2009